Pour a drink, sit back, and enjoy watching Chef Darren McGrady prepare dinner while he shares stories from his 15 years as private chef to the royal family. Interested family members welcome.

About the Royal Chef 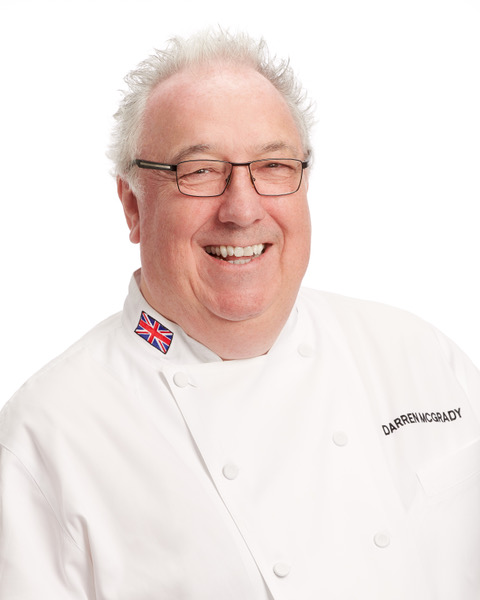 Wales and Princes’ William and Harry for fifteen years.

Prospective Members Welcome!
If you have questions, contact the Forum at info@tgcf.org

Recipe and list of ingredients will be sent to confirmed registrants several days prior to the event so you can create your own royal feast after the class.
Menu: Spinach and Avocado Salad with Whole Lemon Thyme Dressing and Chia and Sriracha Crusted Salmon with Roasted Bell Pepper Sauce.

Zoom Meeting
Zoom Meeting Room information will be provided to registrants prior to event.